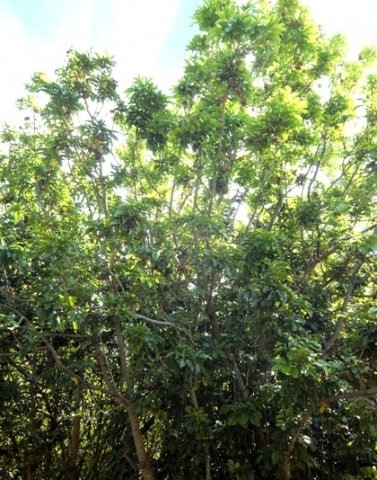 The distribution covers a broad band along the South African east coast from the Eastern Province through KwaZulu-Natal and Swaziland into southern Mozambique and inland into eastern Mpumalanga and south-eastern Limpopo.

The habitat is riverine thicket, forests, particularly their margins, bushveld in rocky places and coastal dunes, from sea level to elevations around 1200 m. The tree is not considered to be threatened in its habitat early in the twenty first century (Coates Palgrave, 2002; Schmidt, et al, 2002; Van Wyk and Van Wyk, 1997; Pooley, 1993; http://redlist.sanbi.org).