Home » TYPES » Succulents » Peperomia blanda
Back to Category Overview
Total images in all categories: 11,528
Total number of hits on all images: 6,614,425 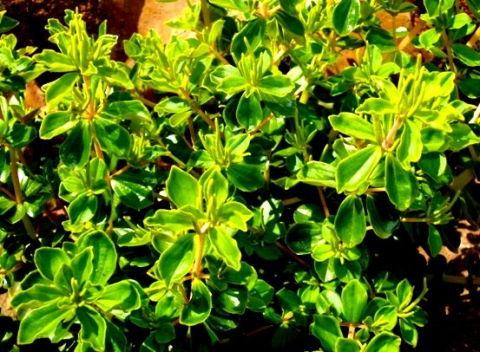 Peperomia blanda grows in South Africa and also in Hawaii, two places with flowering plants about as far apart as can be on earth! Plants thus migrate and soon act like locals using local identities, not immigration papers. Plants may be indigenous to several places, not necessarily for the same lengths of time though. It is sometimes simply unknown where a plant originated and where it arrived by some natural process only later.

The species distribution of P. blanda is coastal in the east of the Eastern Cape and KwaZulu-Natal and inland in Mpumalanga and Limpopo.

The habitat of P. blanda is shady ledges among rocks in valleys, often among trees. It is comfortable in reasonably dry places and may rot from too much water, although it has adapted to living in a wide range of moisture levels. The species is not considered to be threatened in its habitat early in the twenty first century.

The genus of Peperomia comprises about 1000 species worldwide. Only five of them grow in southern Africa. The flowers of Peperomia species are naked, subtended by a shield-shaped bract and crowded on a spadix. They are seen botanically as a link between monocotyledon and dicotyledon plants and important in early plant evolution (Smith, et al, 1997; Wikipedia; www.kumbulanursery.co.za; http://redlist.sanbi.org).