Home » TYPES » Succulents » Kewa salsoloides flower
Back to Category Overview
Total images in all categories: 11,662
Total number of hits on all images: 6,774,684 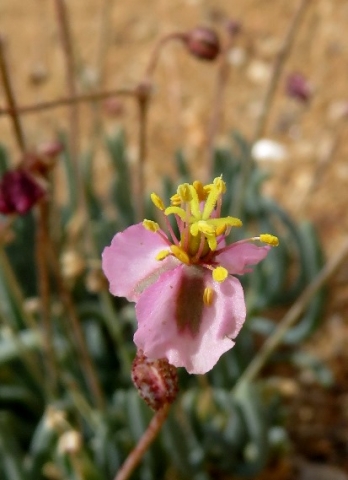 This Kewa salsoloides flower spreads its rounded petals with ragged margins more than widely. They droop over the sepals, contrasted against the erect stigma branches over the green ovary. The flower diameter is about 8 mm.

The filaments emerge from around the base of the superior ovary, their chunky yellow anthers raised in an uneven ring around it.