Home » TYPES » Succulents » Codon royenii flowering
Back to Category Overview
Total images in all categories: 11,539
Total number of hits on all images: 6,622,040 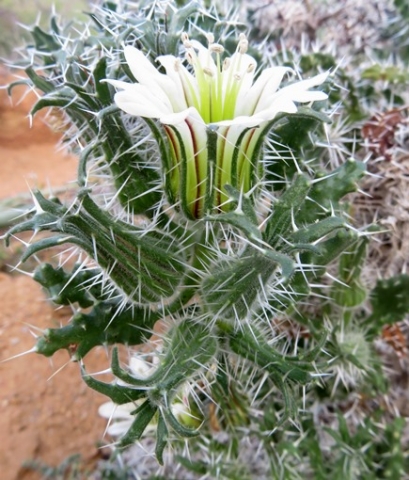 In the open flower the yellow-green translucence of the lower filament parts is repeated low on the outside of corolla. The flowers are borne on short stalks in terminal inflorescences from mid-autumn to early spring.

The fruit grows later on a stalk of 1,5 cm. It consists of a two-valved capsule covered in scattered dark red, lenticel-like dots. (The ovary that preceded it is narrowed on the top, appearing two-locular from the intrusion of the placentas.)