Home » TYPES » Succulents » Avonia albissima
Back to Category Overview
Total images in all categories: 10,525
Total number of hits on all images: 5,176,443 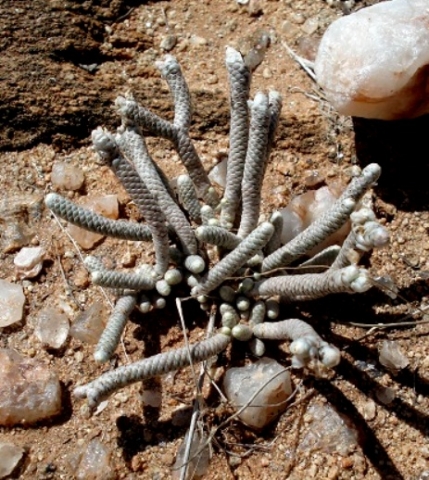 The species distribution is widespread in the Northern Cape from near the coast through the Richtersveld, Namaqualand and Bushmanland to Griqualand West.

The plants grow on rocky outcrops, lower slopes and quartzite flats in desert, Nama Karoo and succulent Karoo. The species is not considered to be threatened in its habitat early in the twenty first century.

There may have been a recent name change to Anacampseros albissima (Frandsen, 2017; Williamson, 2010; iNaturalist; http://redlist.sanbi.org).