Home » TYPES » Shrubs » Tecomaria capensis
Back to Category Overview
Total images in all categories: 11,413
Total number of hits on all images: 6,190,206 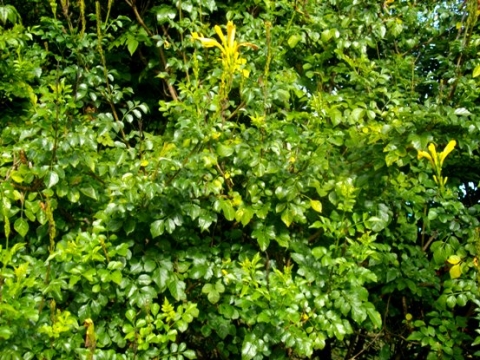 The species was found to escape and slightly invade bushveld in the Magaliesberg. This yellow flowering form of the plant was seen in a Gauteng garden. Foliage is as dense and lush as seen here unless the plant suffers drought stress.

The plant is found on the South African south and east coasts as well as in parts of the Lowveld and Mozambique. The capensis specific adjective stems from the first description of the plant, at the time associated with the southern end of the distribution.

The habitat is forest margins and thickets. The species is not considered to be threatened in its habitat early in the twenty first century.