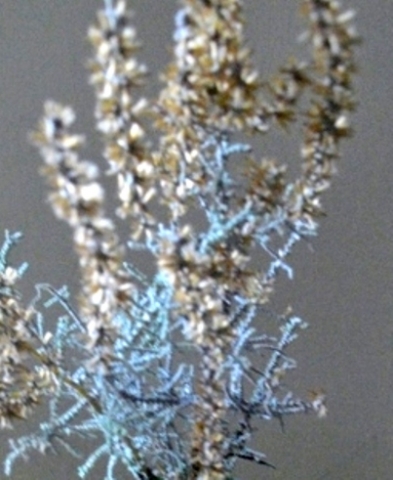 It has grey, woolly, needle-like leaves that are twisted and bulbous at the base.The specific name, cinerea, is derived from the Latin word ciner meaning ashes, referring to the leaf colour and general appearance of the bush.

The distribution is mainly in the southwest of the Western Cape, but isolated occurrences in the Eastern Cape, northern Free State and Mpumalanga are recorded. The habitat is often shale slopes. The species is not considered to be threatened in its habitat early in the twenty first century (Manning, 2007; Bond and Goldblatt, 1984; www.redlist.sanbi.org).