Home » TYPES » Shrubs » Ruttyruspolia 'Phyllis van Heerden'
Back to Category Overview
Total images in all categories: 11,528
Total number of hits on all images: 6,614,416 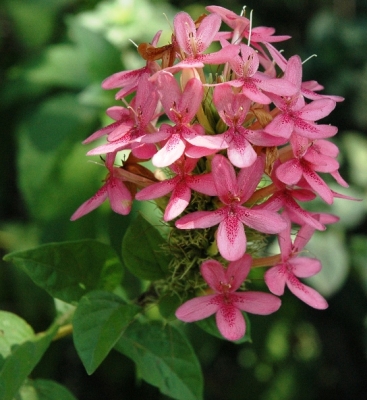 The plant was first seen in nature in Limpopo, but both parent species grow in the northeast of south Africa to Zimbabwe and further in tropical Africa. The habitat is temperate scrub or woodland, often in kloofs, areas with good rainfall.

Being a hybrid, there is usually no fruit or seed. Both parent plants are regarded as not threatened in habitat early in the twenty first century (www.plantzafrica.com; www.smgrowers.com; http://redlist.sanbi.org).