Home » TYPES » Shrubs » Ruspolia hypocrateriformis var. australis
Back to Category Overview
Total images in all categories: 11,894
Total number of hits on all images: 7,134,654 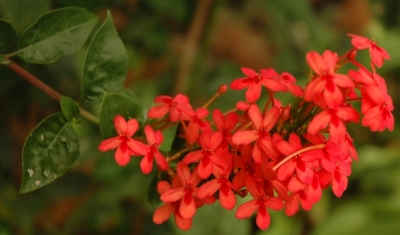 The species distribution is in Mpumalanga and Limpopo. The habitat is open woodland. The species is not considered to be threatened in its habitat early in the twenty first century.

The plant is common in horticultural use (Germishuizen and Fabian, 1982; http://redlist.sanbi.org).