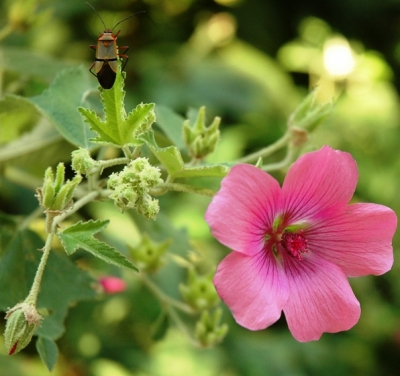 Pavonia plants have flowers resembling those of hibiscus. One difference is that the pavonias usually have ten styles per flower instead of the five typically found in hibiscus species. Pavonia also denotes a genus of moths and a Dutch colony of the 17th century, today part of New Jersey.

The plant genus has 270 species, 220 of which occur in tropical America.