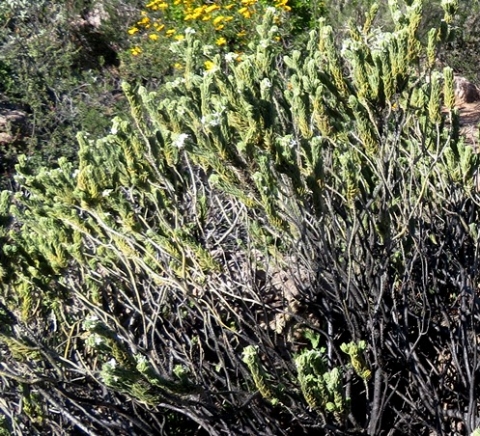 The species occurs in the Northern Cape, endemic to Namaqualand in a distribution from the Kamiesberg to Okiep. The photo was taken at Naries, west of Springbok.

The fairly uncommon plants grow in arid parts on rocky slopes in granite-derived sandy soils. The species is not considered to be threatened in its habitat early in the twenty first century.

There are only three Oftia species, all in southern Africa. Two of them occur in Namaqualand, the other one being O. africana (Eliovson, 1990; Manning, 2009; iNaturalist; http://redlist.sanbi.org).