Home » TYPES » Shrubs » Notobubon capense
Back to Category Overview
Total images in all categories: 11,523
Total number of hits on all images: 6,605,196 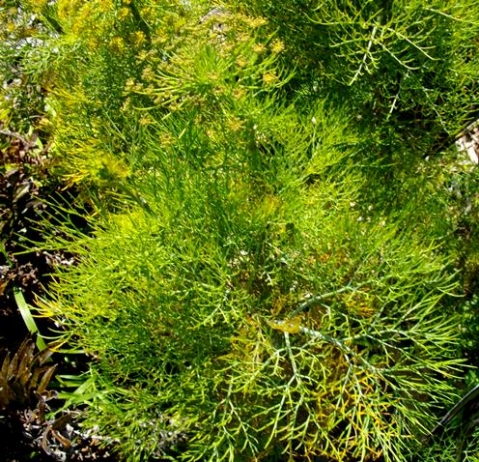 Notobubon capense, commonly known as bush parsley or in Afrikaans as bergseldery (mountain celery), is a few-branched shrub to a sturdy herbaceous perennial that grows a taproot and may exceed 2 m in height. Belonging to the Apiaceae or carrot family, the plant reminds of fennel or dill, but is not eaten by people.

The species distribution is in the Western Cape from Bettys Bay up the west coast and the Cederberg to the Kamiesberg in southern Namaqualand. The plants grow on moist rocky slopes and along streambanks in sandy soil among fynbos or scrub. The species is not considered to be threatened in its habitat early in the twenty first century.

The species was previously known as Peucedanum kamiesbergense and P. polyactinum, apart from several other names that came and went as botanists of different eras pondered its ancestry (http://pza.sanbi.org; www.redlist.sanbi.org).