Home » TYPES » Shrubs » Notobubon capense flower umbel
Back to Category Overview
Total images in all categories: 11,506
Total number of hits on all images: 6,503,366 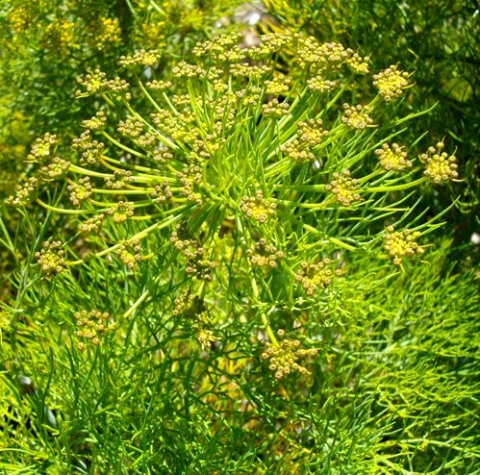 The tiny pale yellow to greenish flowers of Notobubon capense grow in large compound umbels, flattish and dome-shaped at branch tips. They become up to 18 cm in diameter.

The flower scent pleases a multitude of insects, but not humans; a good evolutionary outcome as people don’t have promise as pollinators and might as well be kept away for the protection of the plant. Flowering happens in spring and early summer; in some parts of the distribution apparently somewhat later.

After the flowers, pale brownish grey fruits, ovoid in shape, adorn the bushes. The photo was taken in October (http://pza.sanbi.org).