Home » TYPES » Shrubs » Macledium spinosum
Back to Category Overview
Total images in all categories: 11,538
Total number of hits on all images: 6,618,388 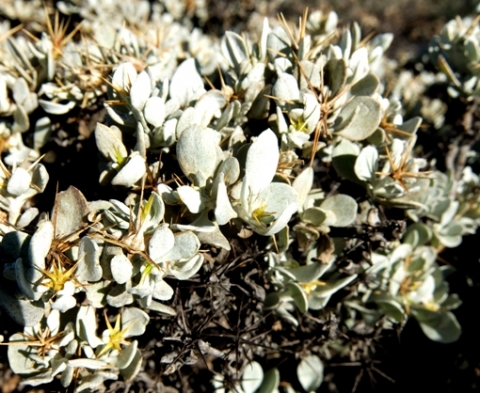 Previously called Dicoma spinosa, this is one of the Cape members of a genus comprising about twenty species. Other Cape species are M. relhanioides and M. latifolium. There are also grassland species to the north and east in South Africa, like M. zeyheri and M. speciosum.

The distribution of this South African endemic is from Paarl in the Western Cape across the Little Karoo and southern parts of the Great Karoo to Uitenhage in the Eastern Cape. The plant grows in clayey soils on flats and dry, rocky lower slopes in various habitats.

The M. spinosum population is stable in habitat, not considered to be threatened early in the twenty first century (Vlok and Schutte-Vlok, 2010; Wikipedia; www.redlist.sanbi.org).