Home » TYPES » Shrubs » Lotononis sericophylla
Back to Category Overview
Total images in all categories: 11,538
Total number of hits on all images: 6,618,346 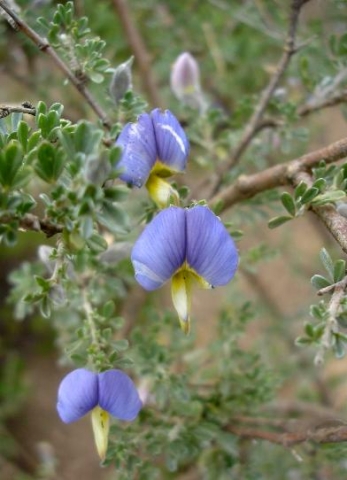 The leaves are three-foliolate and hairy. The flowers of the  shrub have the typical pea-flower shape of the Fabaceae. The blue and pale yellow flowers have lobed calyces. The keel is longer than the standard and wing petals

The distribution of the species lies in KwaZulu-Natal, the Eastern Cape, the Free State; in all three provinces only close to the Lesotho border. The plant grows all over Lesotho. The plant was photographed in January in the Mkhomazi Wilderness Area of the Drakensberg in KwaZulu-Natal.