Home » TYPES » Shrubs » Lotononis pulchella in the Sani Pass
Back to Category Overview
Total images in all categories: 11,538
Total number of hits on all images: 6,618,300

Lotononis pulchella in the Sani Pass 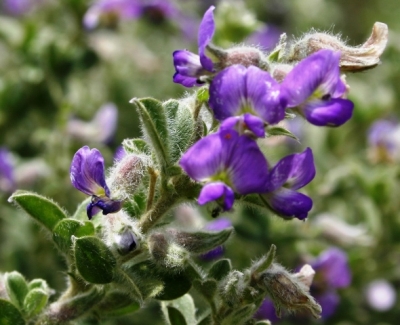 The blue flowers grow in flat clusters, having the pea-flower shape found in the Fabaceae family. Each flower has a small yellow spot in the centre at the base of the petals. The standard and wing petals are longer than the keel. The wings and keel are hairy.

L. pulchella grows in the Eastern Cape, the Free State and the south-west of KwaZulu-Natal; also in Lesotho. It is mostly seen in grassy spots among rocks on mountain slopes. The species is not considered to be threatened in its habitat early in the twenty first century.