Home » TYPES » Shrubs » Liparia splendens early flowerhead
Back to Category Overview
Total images in all categories: 11,632
Total number of hits on all images: 6,749,714 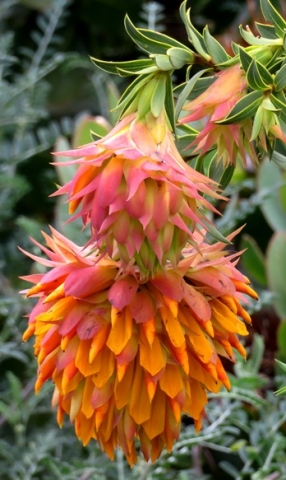 Several Liparia splendens flowerheads opening in succession have grown from small side-branches in picture, each positioned at its own stem-tip.

The lowest bracts of the head grow without flowers in a few imbricate rows like an involucre. Immediately below them, the upper stem-leaves are positioned densely, no stem-part showing other than lower down on the stem.