Home » TYPES » Shrubs » Leonotis ocymifolia
Back to Category Overview
Total images in all categories: 11,901
Total number of hits on all images: 7,141,772 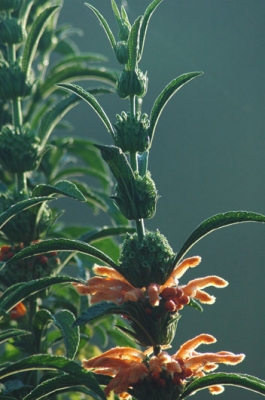 Leonotis ocymifolia has a distribution possibly split in two between the southern parts of South Africa where it occurs mainly in the Eastern Cape and in the north of the country, mainly Mpumalanga and Limpopo but missing from KwaZulu-Natal and the Free State. The plant also occurs in East Africa, including Kenya.

The habitat is rocky slopes, grassland and forest margins. The species is not considered to be threatened in its habitat early in the twenty first century (Manning, 2009; http://redlist.sanbi.org).