Home » TYPES » Shrubs » Lachnaea filamentosa
Back to Category Overview
Total images in all categories: 12,091
Total number of hits on all images: 7,393,208 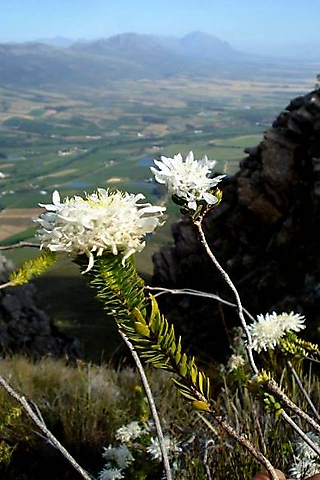 Lachnaea filamentosa, commonly known as the blue stripper or in Afrikaans as the bergaster (moutain chrysanthemum), is an erect, moderately branched shrub reaching heights around 1,5 m.

The species occurs in the Western Cape from the Cederberg to Tulbagh.

The habitat is fynbos among rocks in sandy soils on seasonally damp upper mountain slopes. The species is not considered to be threatened in its habitat early in the twenty first century (Manning 2007; Leistner, (Ed.), 2000; Bond and Goldblatt, 1984; iNaturalist; http://redlist.sanbi.org).