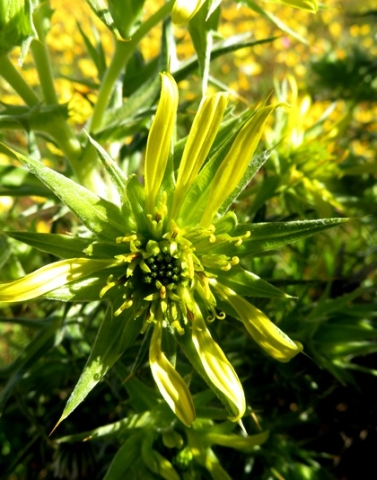 This Heterorhachis aculeata flowerhead has disc florets varying in maturity. Some recurving stigma branches protrude above the disc floret corollas near the outer margin of the disc.

It seems as if stamens perform first in these disc florets, followed by the styles that hung back in maturation in order to be fertilised by later pollen brought from elsewhere by insects, rather than receiving the pollen produced in their own florets (Leistner, (Ed.), 2000; Bond and Goldblatt, 1984; iNaturalist).