Home » TYPES » Shrubs » Dyerophytum africanum
Back to Category Overview
Total images in all categories: 11,662
Total number of hits on all images: 6,774,619 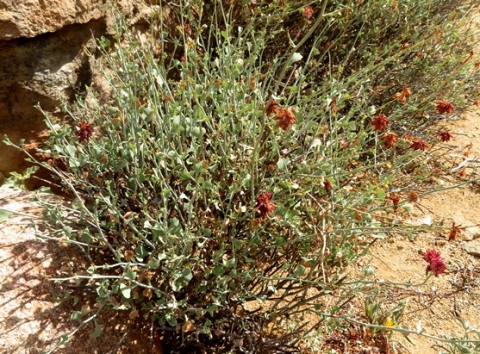 The species is found in the Northern Cape and Namibia, common in the Richtersveld and present in Namaqualand and Bushmanland. This plant was seen in the Goegap Nature Reserve.

The plants are found in low-lying arid areas in sandy soil. The species is not considered to be threatened in its habitat early in the twenty first century.