Home » TYPES » Shrubs » Diastella divaricata subsp. divaricata
Back to Category Overview
Total images in all categories: 11,506
Total number of hits on all images: 6,503,341 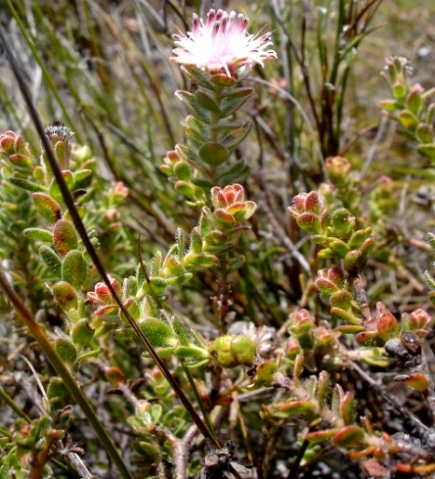 Diastella divaricata subsp. divaricata, commonly known as the silky puff, is a sprawling shrublet that grows from a single stem, branching much higher up. The height is only 50 cm, but the sprawl may reach 3 m.

The plant grows in a small distribution area in the Cape Peninsula and maybe the southwestern Cape to Paarl and Caledon, in fynbos on sandstone slopes and flats. There is also a subsp. montana, growing in the eastern parts of the mentioned distribution for the species (Manning, 2007; Bean and Johns, 2005).