Home » TYPES » Shrubs » Cyclopia meyeriana
Back to Category Overview
Total images in all categories: 12,061
Total number of hits on all images: 7,359,847 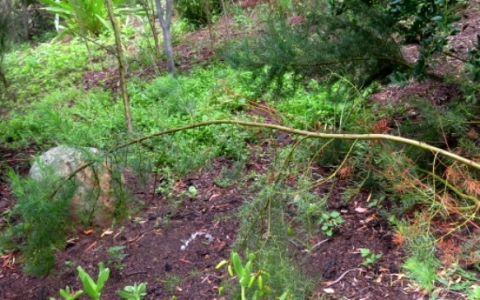 Cyclopia meyeriana is an erect, single-stemmed shrub that branches, reaching heights from 1 m to 2 m. The softly hairy plant is one of the Cyclopia species from which honeybush tea is made.

The species distribution is in the southwest of the Western Cape in a region that includes the Cederberg, Paarl, Worcester, Riviersonderend and the Witteberg. The photo was taken in Kirstenbosch during November.

The habitat is fynbos in marshy areas on high mountain slopes where the soil is sandy and acid. The species is not considered to be threatened in its habitat early in the twenty first century (Bond and Goldblatt, 1984; iNaturalist; http://pza.sanbi.org; http://redlist.sanbi.org).