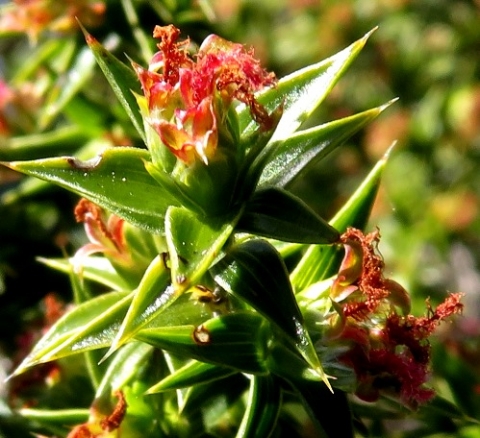 The flowers of Cliffortia ruscifolia var. ruscifolia are either male or female, growing from leaf axils. They grow on the same bush where they will open sequentially or on bushes of different gender.

The flowers have no petals but three or four rounded, hairy, petal-like calyx lobes are present. The male flower produces about twelve stamens bearing red anthers. The female flowers have red, fringed stigmas up to 6 mm long.

These flowers are wind-pollinated, so decorative petals are redundant. Some celebratory red floral colouring is sported though, respecting the diligent to ostentatious offerings of neighbouring plants.