Home » TYPES » Shrubs » Anisodontea reflexa
Back to Category Overview
Total images in all categories: 12,086
Total number of hits on all images: 7,381,172 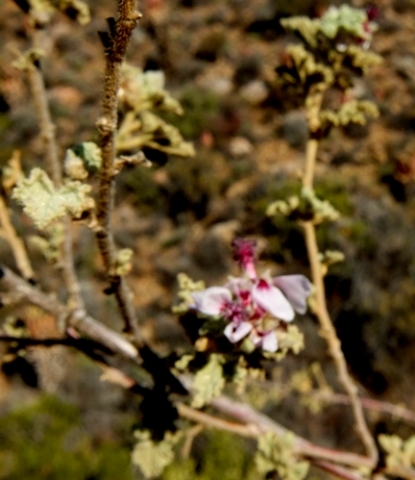 Anisodontea reflexa is a shrub that becomes from 1 m to 2 m tall. The 21 species of Anisodontea all occur in South Africa and Lesotho, mainly in the Karoo and in fynbos.

The species distribution of A. reflexa is in or close to the Little Karoo, from the Witteberg Mountains in the west and the Swartberge to Uniondale in the east.

Plants are found on higher slopes of renosterveld in clay soils, often in disturbed patches. The species is not considered to be threatened in its habitat early in the twenty first century (Vlok and Schutte-Vlok, 2010; Bond and Goldblatt, 1984; iSpot; www.redlist.sanbi.org).