Home » TYPES » Shrubs » Acanthopsis villosa flower spike
Back to Category Overview
Total images in all categories: 11,417
Total number of hits on all images: 6,198,196 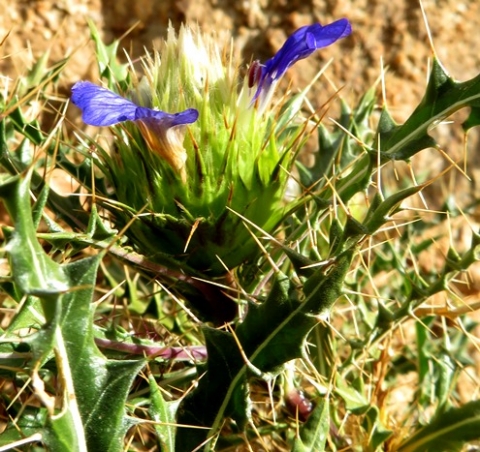 The short, compact flower spike of an Acanthopsis villosa inflorescence appears brush-like in texture, egg-like in shape. Soft in parts where the bracts and calyx lobes are not spine-tipped, there are enough spines angled up in defensive mode like anti-aircraft guns defending a city.

The four-lobed calyx at the base of each flower has an irregular shape: the outermost lobe is broadest, elliptic and ribbed, the others narrow to thread-like. The calyx lasts longer than the corolla, joining forces with the bracts to present the multitude of pale, yellowish green, erect threads and spines characterising the flower spike.

Some leaf midribs in picture have assumed a reddish colour, as has the visible stem part (Leistner, (Ed.), 2000; iNaturalist).