Home » TYPES » Shrubs » Abutilon ramosum
Back to Category Overview
Total images in all categories: 11,538
Total number of hits on all images: 6,617,884 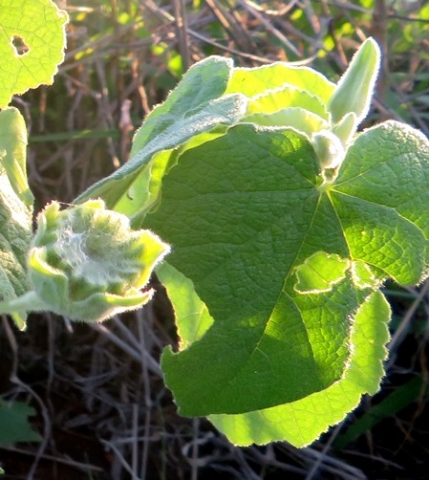 Abutilon ramosum, commonly known as the shade-loving abutilon, is a suffrutex (low-growing woody shrub or perennial from a woody base), reaching heights up to 1,25 m. The specific name, ramosum (Latin) means branching.

The lowest parts of the plant are woody, much of its young growth covered in stellate hairs. Stellate hairs are plant hairs that branch, sometimes at the base, forming tiny spike tufts. There may also be ordinary linear, long hairs and sticky glands on young plant parts.

The species distribution is in the north-east of South Africa and widespread in tropical Africa; it also occurs in Asia. The habitat is rocky places among shrubs and trees, the plants often found in semi-shade. The species is not considered to be threatened in its habitat early in the twenty first century (Leistner, (Ed.), 2000; iSpot; www.zimbabweflora.co.zw; www.backyardnature.net; http://redlist.sanbi.org).