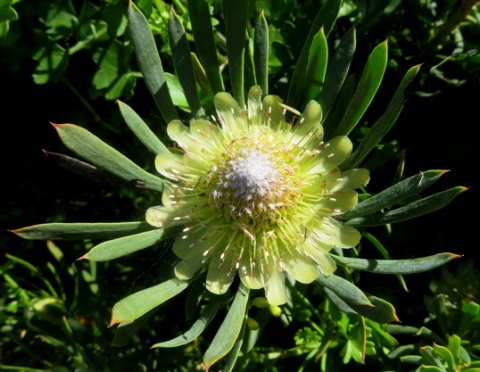 Seen from the top, the Protea scolymocephala stem-tip bearing a flowerhead in its prime presents four concentric circles or rings:

The first and smallest, rounded, white patch is formed by closed florets in the centre. The second ring consists of pollen presenters of open florets angled out. Immediately outside them is the third ring, formed by the rounded tips of the involucral bracts. The fourth ring is the sharply pointed leaf-tips spreading widely and ascending around the flowerhead (Eliovson, 1983; Rourke, 1980; http://pza.sanbi.org).