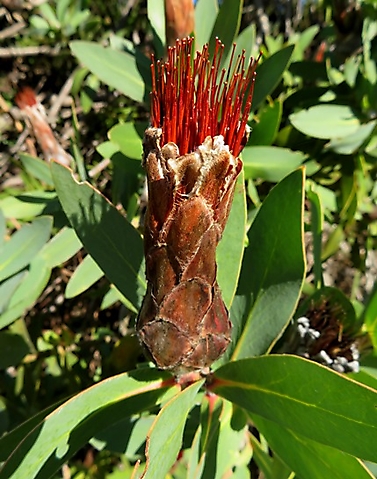 After blooming, the Protea aurea subsp. aurea flowerhead closes again, allowing fruiting to take place in the well-covered space inside the base of the involucre.

At this late stage the reconverged styles are quite a bit longer than when the young flowerhead first revealed them (Manning, 2009; Coates Palgrave, 2002; Rourke, 1980; iNaturalist).