Home » PARKS AND GARDENS » Walter Sisulu NBG » Barleria greenii flowering
Back to Category Overview
Total images in all categories: 9,416
Total number of hits on all images: 4,231,228 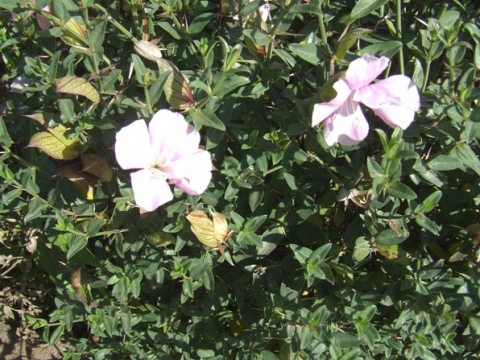 Previous
Image 3 of 26
Next

Barleria greenii has a comparatively short formal history as a garden subject. It was only named botanically in 1984. If you have been growing it before then, you share in its prehistoric existence.

Go see it in the Walter Sisulu National Botanical Garden and make a record for contemporary history. Makes you think about people without identity documents!

The natural distribution of B. greenii is only a small part of KwaZulu-Natal between Weenen and Estcourt. The habitat is savanna on north-facing, open rocky slopes where the plants grow in black clay soil. The species is considered to be critically endangered early in the twenty first century (www.plantzafrica.com; www.redlist.sanbi.org).