Home » PARKS AND GARDENS » Quiver Tree Forest » Inequality
Back to Category Overview
Total images in all categories: 9,765
Total number of hits on all images: 4,384,174 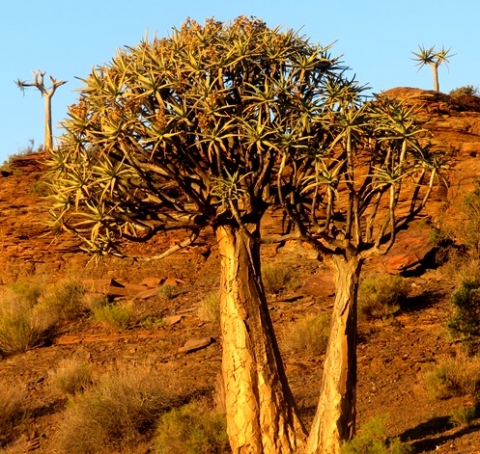 The rise of secular values in human society has increased debate and dialogue on many issues, including inequality. The fact of values transcending religious and cultural borders makes it all more inclusively human, more holistic but also more complex.

The fact of inequality remains a key to nature, the way she manages evolution in sustaining life. The fit may not make it, the fittest having the best chance. By all means, carry your brother if you say he isn’t heavy, but remember that your speed is reduced; whatever is chasing you has a better chance of catching you.

Adding an e to words has not brought elogic yet, but humane has been juxtaposed next to human for very long. Ironic that in this case the e is added at the end like an afterthought!

The energy unleashed by the freedom to pursue goals according to individual ability fills the world with achievement, resources and repeatable successes, also benefiting others. The milk of human kindness in living frugally and sharing all alleviates suffering, increases fairness and decency in societies earning the right to call themselves civilised.

The advent of fairness and equality involves more than warm feelings of the heart on rare, voluntary occasions. My right to spend your money does nothing for your motivation, a point to ponder in managing productivity.

Fairness and equality are not the same. Fairness is a function of human judgment embedded deeply in culture. Equality is an impossibility on many levels, although people have died for it. The two are in some cases even mutually exclusive, when equal treatment is unfair due to unequal circumstances.

The noise in this debate rises when freedom to achieve is not spread widely enough, particularly accessible to the young that may be denied by established interests coming under threat. Equally, the noise will rise if the unfortunate majority of have-nots cannot achieve decent living standards.

Obtain an agreed definition of "decent" in this context and receive the Noble Prize for both peace and economics.