Home » PARKS AND GARDENS » Fernkloof Nature Reserve » Retzia capensis
Back to Category Overview
Total images in all categories: 8,979
Total number of hits on all images: 3,981,428 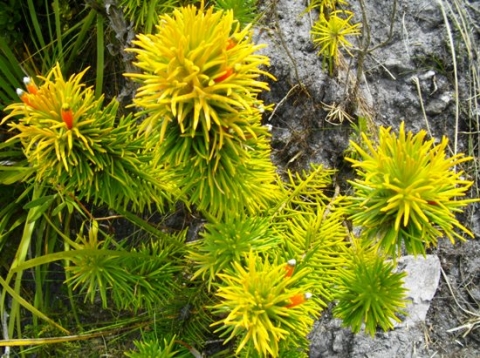 The heuningblom (honey flower), as Retzia capensis is known in Afrikaans, is a stiffly erect, branched shrublet of mountain fynbos slopes near the coast from the Kogelberg to Bredasdorp. This plant was seen in December at Fernkloof.

It resprouts after fires from the woody rootstock, sometimes a hefty stump. Several erect stems grow from it, occasionally as tall as 2 m. Flowering starts in spring and may continue into early autumn.

Retzia capensis is the only member of its genus. It belongs to the Stilbaceae family, although some older sources place the plant in a separate family, called Retziaceae (Manning, 2007; Burman and Bean, 1985).