Home » PARKS AND GARDENS » Fernkloof Nature Reserve » Ixia flexuosa
Back to Category Overview
Total images in all categories: 8,960
Total number of hits on all images: 3,972,400 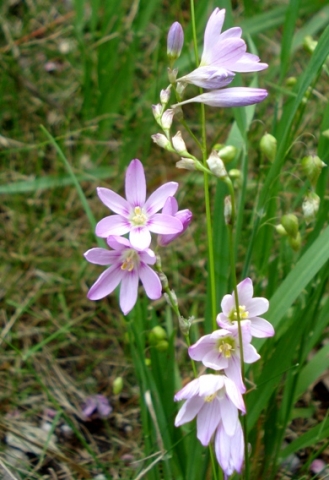 Ixia flexuosa is a cormous perennial growing an annual, usually unbranched stem that reaches heights around 65 cm. The leaves are narrowly sword-shaped to linear.

The distribution from the Cape Peninsula to around Riversdale is mainly confined to clay soil flats and slopes. This region receives its rain in winter. The plant is winter growing, also flowering in winter and spring. This one was seen in Fernkloof during October.

The species is not considered to be threatened in its habitat early in the twenty first century (Privett and Lutzeyer, 2010; www.pacificbulbsociety.org; www.redlist.sanbi.org).