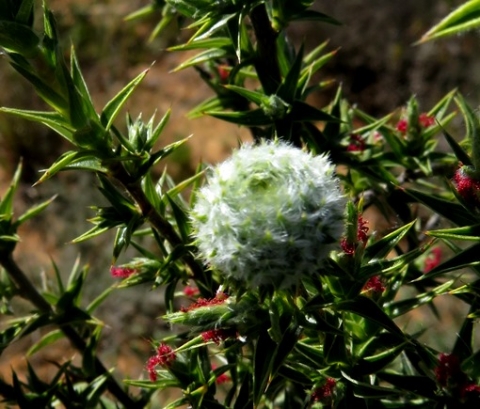 Previous
Image 8 of 22
Next

This fluffy white stem-tip growth on a Cliffortia ruscifolia var. ruscifolia plant is neither flower nor fruit. It is a gall, an alien growth upon the plant caused by a foreign living entity. Many leaves, reduced in size, have overproduced hairs from the impact of possibly a bacterium or fungus infecting the plant.

The isosceles triangles formed by the pale leaf margins on the stems show the renowned steekbos defence for discouraging destroyers from approaching or nibbling.