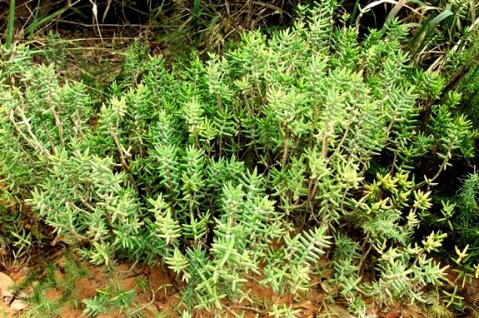 Previous
Image 9 of 36
Next

Many erect stems that branch high and low contribute to this dense green and grey-green stand. The photo was taken in August, well before the plant’s summer bloomtime. Flourishing plants may reach 1 m in height, although this may not include all six of the recognised subspecies.

A subspecies expected to be found at Addo is C. tetragona subsp. robusta, commonly growing in the river valleys of the Eastern Cape. This subspecies is not considered to be threatened in its habitat early in the twenty first century (Frandsen, 2017; Vlok and Schutte-Vlok, 2010; iSpot; http://redlist.sanbi.org).