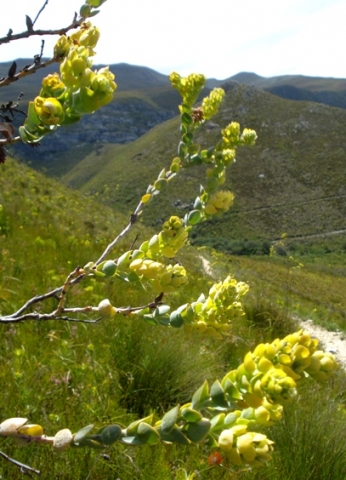 The sandstone slopes of the Western and Eastern Cape along which T. euphorbioides is naturally distributed are known for their windy spells. The plants grow from Tulbagh, Stellenbosch and Hermanus in the west to Uitenhage in the east.

Note the old leaves changing colour to pale beige before they fall, not too different from the yellow floral bracts at the top (Manning, 2007; Bean and Johns, 2005; Vlok and Schutte-Vlok, 2010).