Home » GENERA G-H » Harveya » Harveya pumila
Back to Category Overview
Total images in all categories: 9,913
Total number of hits on all images: 4,613,567 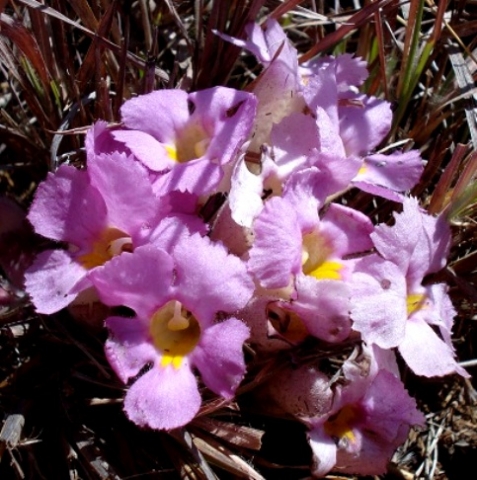 Harveya pumila has scale-like, opposite leaves on its stout stems. The leaves are without chlorophyll, meaning they are incapable of photosynthesis. The leaf-shape is rounded, the tips obtusely pointed. The blades are hairless. The plant turns black when drying, a feature of the inkflowers, as members of this genus are commonly known.

The species distribution is in the eastern parts of South Africa from the Eastern Cape through KwaZulu-Natal to Mpumalanga, as well as in the Free State and Gauteng. This plant was photographed during August near Krugersdorp in Gauteng. The plant is not a South African endemic, also occurring in some neighbouring countries.

The habitat is grassland, especially near streams. The species is not considered to be threatened in its habitat early in the twenty first century (Van Wyk and Malan, 1997; JSTOR; iSpot; http://redlist.sanbi.org).