Home » TYPES » Orchids » Stenoglottis woodii
Back to Category Overview
Total images in all categories: 11,792
Total number of hits on all images: 6,949,102 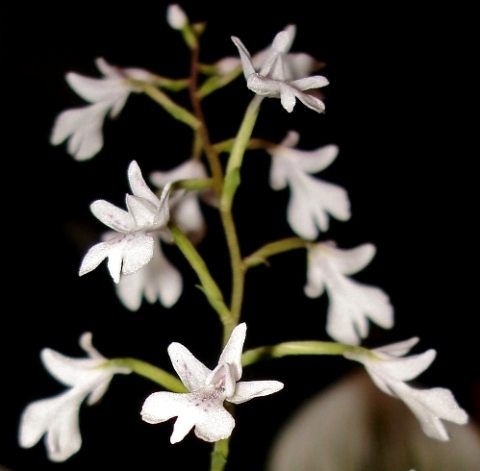 The leaves forming a basal rosette are linear to lance-shaped with acutely pointed tips. Leaf margins are smooth, not wavy. Leaf size is 5 cm to 15 cm long by 1 cm to 3 cm wide.

The species is distributed near the coast in the eastern part of the Eastern Province and the south of KwaZulu-Natal. The habitat is rocky land at elevations up to 500 m. The species is not considered to be threatened in its habitat early in the twenty first century.

The Stenoglottis genus comprising four species is only found in the southeast of Africa, from Tanzania to the Eastern Cape (Pooley, 1998; www.africanorchids.dk; www.plantzafrica.com; www.redlist.sanbi.org).