Home » TYPES » Orchids » Oeceoclades maculata flower
Back to Category Overview
Total images in all categories: 11,662
Total number of hits on all images: 6,774,691 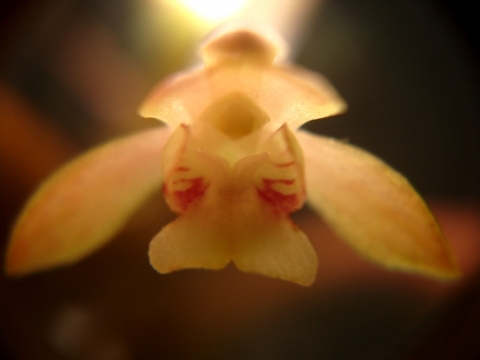 Oeceoclades maculata, sometimes known as the monk orchid or African spotted orchid is a terrestrial orchid, a perennial herb reaching 30 cm in height.

The inflorescences are simple or branched, bearing about 30 cream and pink flowers. The side-lobes of the lip are notably pinkish red, in the photo striped so and curving up. The elliptic sepals taper to acutely pointed tips. The pair of lateral petals cohere over the column below the dorsal sepal. The spur is club-shaped, below the square-tipped, notched lip. Flowering happens from late summer to mid-autumn.

The species distribution is widespread in tropical parts of Africa and America, but in South Africa known only in coastal KwaZulu-Natal where the plants are mostly hard to spot, growing in deep shade in leaf litter on forest floors. The species is rare, but not considered to be threatened in its habitat early in the twenty first century.