Home » TYPES » Orchids » Neobolusia tysonii flower
Back to Category Overview
Total images in all categories: 11,538
Total number of hits on all images: 6,618,401 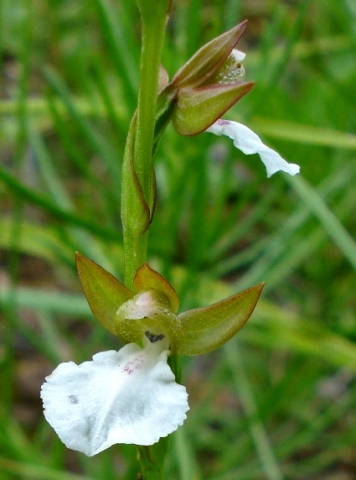 Colouring of the Neobolusia tysonii flower lips depicted here is paler than sometimes seen, although lip colour is generally said to be white. The wavy lip spreads expansively to its tip, a few faint purplish dots in a narrow band near the base.

The fleshy pale brown petals fold in, one over the other in see-no-evil fashion. In this plant they warrant the designation of hood much more than does the dorsal sepal, leaning together protectively over the column, as dorsal sepals typically do in so many other orchid species (Pooley, 1998; www.africanorchids.dk).