Home » TYPES » Orchids » Liparis remota flower
Back to Category Overview
Total images in all categories: 11,528
Total number of hits on all images: 6,614,396 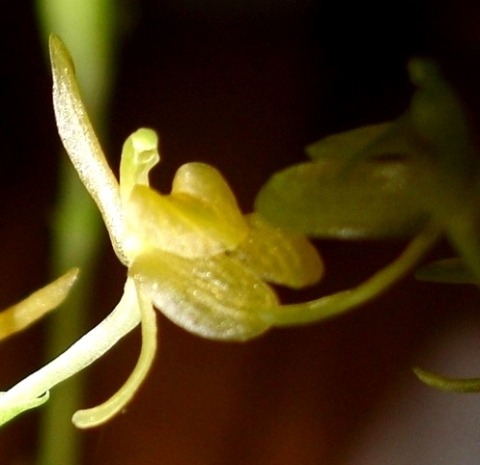 The pale green to dully cream-yellow flowers of Liparis remota grow in a terminal spike. The flower segments appear fleshy, sometimes glossy. There are three to eight flowers in the inflorescence becoming 10 cm to 15 cm long. Small sheath-like bracts subtend the flowers.

The median (dorsal) sepal is narrow and erect, the lateral ones obliquely elliptic, connected to each other below the broadly spoon-shaped to rounded lip in the flower centre. The narrowly linear petals are deflexed, thread-like and fleshy in the photo, protruding below.