Home » REGIONS » Namaqualand » Lapeirousia jacquinii
Back to Category Overview
Total images in all categories: 11,544
Total number of hits on all images: 6,625,928 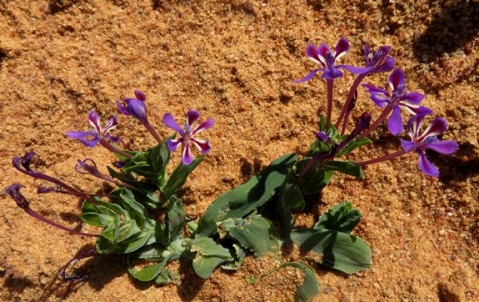 This Lapeirousia jacquinii plant has short, broad leaves borne close to the sandy soil in which the plant grows near Vanrhynsdorp.

Flowering in August, the inflorescence on the right seems strong enough to open multiple flowers simultaneously. The plant usually exerts itself less by opening the flowers sequentially, a practice that prolongs blooming for the benefit of pollinators and in the interests of favourable conditions for at least some seed to be set (Manning, 2007; Manning and Goldblatt, 1997; iNaturalist).