Home » GENERA B-C » Cleretum » Cleretum papulosum
Back to Category Overview
Total images in all categories: 9,390
Total number of hits on all images: 4,217,918 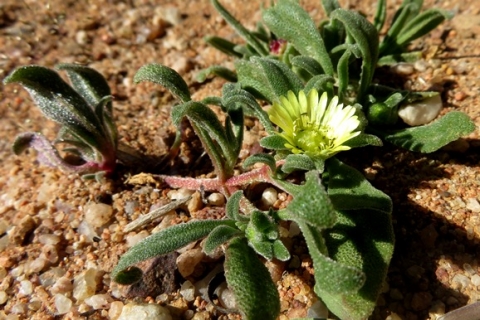 The plants grow in arid to semi-arid conditions in the winter rainfall region on sandy or gravelly flats, often in disturbed patches. Neither subspecies is considered to be threatened in its habitat early in the twenty first century.

The Cleretum genus was suddenly expanded in 2012 when a more well-known mesemb genus, Dorotheanthus, was sunk into it on account of similarities (Williamson, 2010; Manning, 2009; Smith, et al, 1998; iNaturalist; https://enjoysucculents.com; http://redlist.sanbi.org).