Home » TYPES » Mesembs » Carpobrotus acinaciformis
Back to Category Overview
Total images in all categories: 11,901
Total number of hits on all images: 7,141,983 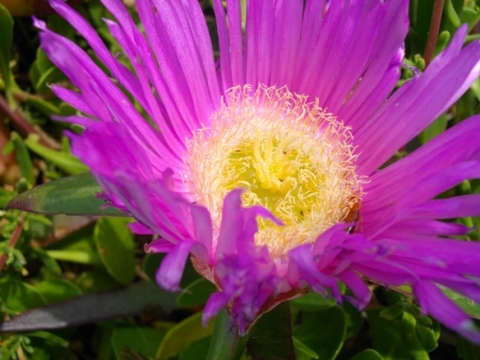 Carpobrotus acinaciformis is one of the several South African members of the genus that produce pink flowers. It has a yellow flower centre and Wikipedia records a common name of Sally-my-handsome for it. Flowering happens in winter and spring.

This plant is widely cultivated, also internationally where it has become a nuisance, for instance in southern England where it outcompetes local plants. Its natural habitat is the coastal areas from the Cape Peninsula eastwards to and including the Agulhas Plain.