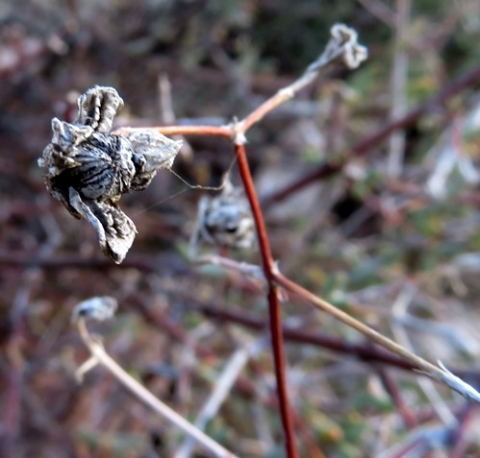 The brakveldwitvygie as Aridaria noctiflora is commonly known has to be white with that name. The flower is fairly large, growing solitary. It has four sepals and four grooved nectar glands; the ovary conical.

The narrow white petals grow in several whorls or rows around the centre where the stamens are erect. The flowers open at night as the specific name, noctiflora suggests, nox (Latin) meaning night.

The fruit capsule has four locules that open and close repeatedly once the seeds are ripe. The fruits break off, leaving spiny stalks behind on the bush. The seeds are rough-surfaced, compressed and tubercled (Smith, et al, 1998; Herre, 1971; iNaturalist).