Home » TYPES » Mesembs » Antimima paucifolia
Back to Category Overview
Total images in all categories: 11,026
Total number of hits on all images: 5,667,072 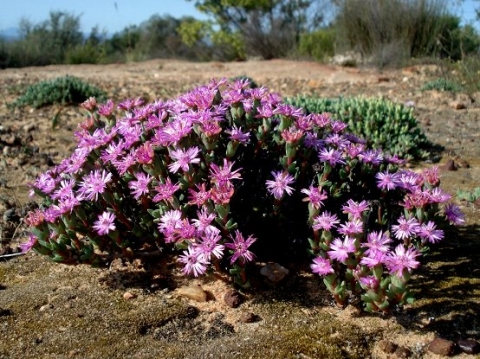 Antimima paucifolia is a rounded, perennial leaf succulent growing creeping stems on the ground to 40 cm long around the central dome, dense with branches.

The distribution is in the south of the Northern Cape and the north of the Western Cape, known around Piketberg and Vanrhynsdorp.

The plants grow on stony slopes and flats in winter rainfall conditions. The species is not considered to be threatened in its habitat early in the twenty first century (Smith, et al, 1998; Bond and Goldblatt, 1984; iNaturalist; http://redlist.sanbi.org).