Home » TYPES » Mesembs » Amphibolia laevis flower
Back to Category Overview
Total images in all categories: 11,544
Total number of hits on all images: 6,627,297 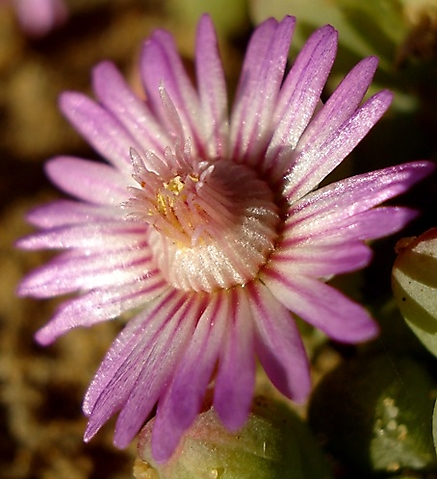 The flowers of Amphibolia laevis grow on short or longer stalks from stem-tips or leaf axils, solitary or in groups of up to three.

The bluntly pointed to rounded petals spread in between one and two whorls around the flower centre. Pink to mauve, the petals may be white at the bases with a dark central line from the base.

The stamens are surrounded by a ring of staminodes that curve in before they become erect, in picture longer than the yellow-anthered stamens in their midst.