Home » TYPES » Mesembs » Amphibolia laevis
Back to Category Overview
Total images in all categories: 11,411
Total number of hits on all images: 6,181,641 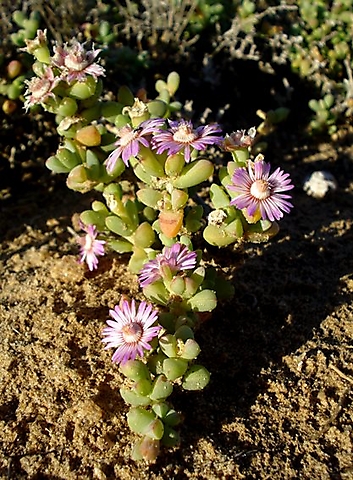 The species distribution is coastal from Melkbosstrand in the Western Cape to Hondeklip Bay in Namaqualand in the Northern Cape.

The habitat is succulent Karoo and fynbos on sandy, coastal flats and dunes near the shore. The species is considered to be near threatened in its habitat early in the twenty first century. People are fond of the coastal region for their activities that impact on the indigenous plants (Le Roux, et al, 2005; Smith, et al, 1998; iNaturalist; http://redlist.sanbi.org).