Home » TYPES » Mesembs » Aizoon karooicum
Back to Category Overview
Total images in all categories: 10,349
Total number of hits on all images: 5,049,380 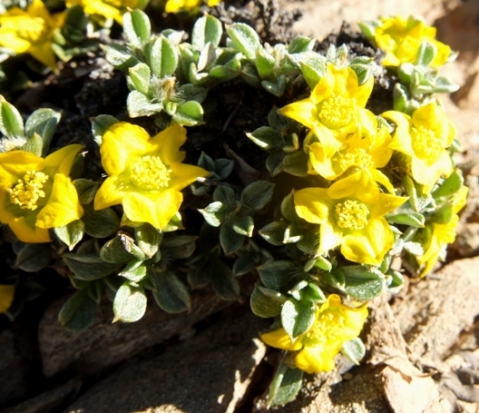 Aizoon karooicum is a sprawling, dwarf shrublet in the Aizoaceae family reaching heights between 5 cm and 20 cm. The sparsely branched plant becomes woody and is much grazed.

The species distribution includes the Little Karoo, extending to the west as far as Robertson and Bredasdorp, to the east into the Eastern Cape.

The habitat is quartzite and sandy lowland flats. The plant is not considered to be threatened in its habitat early in the twenty first century (Vlok and Schutte-Vlok, 2010; Bond and Goldblatt, 1984; iSpot; http://redlist.sanbi.org).