Home » TYPES » Herbs » Silene crassifolia subsp. crassifolia
Back to Category Overview
Total images in all categories: 11,538
Total number of hits on all images: 6,618,678 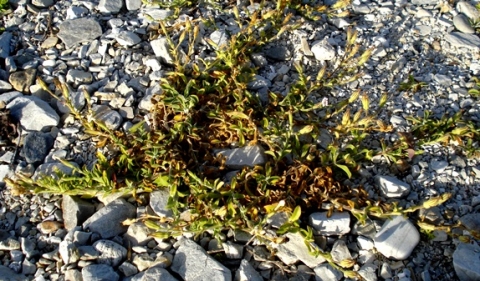 Silene crassifolia subsp. crassifolia is a low-growing perennial with many sprawling or creeping branches. The base of the plant becomes slightly woody.

The species distribution is along the coast from Saldanha to Struisbaai in the Western Cape where it is endemic. The habitat is coastal dunes, rocky places and flats near the sea. The species is not considered to be threatened in its habitat early in the twenty first century, although its population is decreasing somewhat due to habitat loss in an area used intensively by a large human population.

Of the about 700 species of Silene only about six occur in the fynbos and some of those are exotics. The majority of Silene species are found in Europe and Asia (iSpot; www.redlist.sanbi.org).